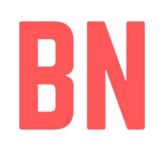 Posts PM Modi address: poor people will get free food grains till November, work on 'one nation, one ration card'

The Pradhan Mantri Garib Kalyan Anna Yojana has been extended for five months under which the per capita families of poor families get five kg of food grains every month. The plan was coming to an end on Tuesday and the PM made it clear in his address to the country that it would continue till November. It will obviously be linked to politics in view of the possible Bihar assembly elections in October, but it is also true that it has given hope to about 80 crore people. At the same time, amidst the rapid spread of Corona infection, Prime Minister Narendra Modi made it clear by alerting people that the Prime Minister or the Prime Minister is not above the rules.  Every such person will have to stop, interrupt and explain.

The first phase of the scheme was started on 26 March. A total of 60 thousand crore rupees were spent on this scheme implemented in April, May and June. But if it is extended for another five months, there will be an additional cost of 90 thousand crore rupees. In this way, the total expenditure of PMGKAY will be Rs 1.50 lakh crore. Prime Minister Modi gave credit to the Annadata farmers and tax payers of the country along with the announcement of the expansion of the scheme. He said that the government is able to do so much on the need because farmers have produced enough food grains and honest taxpayers have contributed.

In a 17-minute address, he focused entirely on the Corona era.

From the night the market of speculation about the Prime Minister's address to the country was hot but in the 17-minute address, he remained completely focused on the Corona period. Referring to the lockdown at the right time, he said that it has saved millions of lives. One needs to be more vigilant now because the coming season brings diseases. Expressing satisfaction over the preparation of the 'One Nation One Ration Card' scheme, Prime Minister Modi said, "With this happening, the migrant laborers will easily get their share of food grains in other states as well."

Under the PM Garib Kalyan Anna Yojana, consumers of every ration card will get this quantity of five kg of food grains free and extra. Whereas every consumer will continue to be given a subsidized rate of Rs 2 per kg of wheat and Rs 3 per kg of rice in the prescribed quantity under the National Food Security Act (NFSA). One kg of gram per family will also be given. Soon after the address, Union Food and Consumer Minister Ram Vilas Paswan also urged the states to take food grains from the FCI for the next five months. It was also clarified from their side that the government has enough food grains.

Thanked the farmers and taxpayers

Prime Minister Narendra Modi on Tuesday credited farmers and taxpayers for enabling the government to provide free food grains to the poor and needy in the country during the Corona period. PM Modi said, 'If the government is able to give free food grains to the poor and needy today, then the credit goes to the people of two classes. First, we are hardworking farmers, our farmers and secondly honest taxpayers of the country. You have faithfully collected taxes, fulfilled your responsibility, that is why the poor of the country are able to fight this big problem today. Today, along with every poor, every farmer, I heartily congratulate every tax payer and salute them. '

Prime Minister Narendra Modi said that the rules applicable to prevent the spread of corona virus should be followed at all costs. He said that those who are not following the rules, they have to stop and make them aware of the problem. You have seen in the news that a Prime Minister was fined Rs 13,000 because he went to a public place without a mask. The Prime Minister was referring to the example of the Bulgarian Prime Minister, Boyo Borisov. PM Modi said that in India also the local administration will have to work actively in the same way. This is a campaign to save the lives of 130 crore citizens. No one is head of the village or head of the country in India.

Appeal to show commitment to citizens to follow rules

Prime Minister Modi appealed to the citizens to show commitment to follow the rules to prevent the corona from spreading. He said that ever since Unlock 1 started in the country, negligence in personal and social behavior has been increasing. Earlier, we were significantly more cautious about the use of masks, two yards and washing hands several times a day for 20 seconds. The rules were seriously followed during the lockdown. Now governments, local bodies and citizens need to show vigilance in the same way.

India in better condition than many countries of the world

PM Modi said at the beginning of the address, 'We are entering Unlock 2 and we are also entering a season when the cases of cold, cough, fever increase. I request citizens to take care of themselves. It is true that if we look at the mortality due to corona virus, India is in a better position than many countries of the world. Timely lockdown and other decisions have saved millions of lives in India.

Dailyhunt
Disclaimer: This story is auto-aggregated by a computer program and has not been created or edited by Dailyhunt. Publisher: Best News