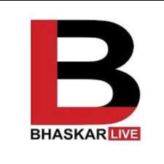 Srinagar, June 30 | Jammu and Kashmir Director General of Police (DGP) Dilbagh Singh on Tuesday said 48 terrorists have been killed in anti-terror operations in the month of June.

Speaking to reporters in the border district of Poonch in Jammu, Singh said security forces have led many anti-terror operations in which a number of terrorists and their commanders were eliminated.

Giving details, he said 128 terrorists have been killed during this year so far. Of these, 48 terrorists were killed in the month of June alone.

“Out of 128 terrorists killed during this year, 70 belonged to the Hizbul Mujahideen, 20 each were from the Lashkar-e-Taiba (LeT) and the Jaish-e-Mohammed (JeM), the rest were from other terrorist outfits,” he said.

He said the two terrorists killed in an encounter with the security forces in Kashmir on Saturday were involved in the killing of a five-year-old child and a CRPF jawan last week.

He said the terrorist launch pads were active in Pakistan and attempts were being made to infiltrate terrorists into India.

“In the past many such attempts were foiled and they will be foiled in the future also,” he said.

He also said that it was being noticed that there was a decline in the number of local boys joining terror ranks.