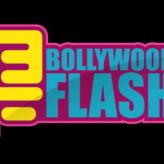 Digit Insurance recently announced that Virat Kohli has joined them in spreading awareness about insurance in India. as their brand ambassador. They have unveiled their first campaign, for the same.

The campaign shows Virat Kohli in a yellow, Digit’s brand colour, jersey saying that he has switched teams. He goes on to mention that he has joined the team that is trusted by crores of people. The team has a good rating and has won many accolades.  .
He then chuckles on the reveal that the jersey is that of Digit Insurance.  .

The film ends with the Digit ambassador focussing on the fact that ‘Digit is a General Insurance Company highly rated by customers,’ and we see the screen showing ‘almost five-stars,’ referring to the ‘almost five-star rating’ Digit has on Google and Facebook.  .

Finally, he says, ‘Main bhi Digit pe switch kar raha hun; kya aap karoge?’ .
.
The baseline of the campaign is ‘Digit, the almost five-star customer-rated insurance.’  .
Made by Stirred Creative, the campaign #SwitchToDigit with this 30 second ad comes ahead of the start of the IPL season.  .

Talking about Digit’s first campaign, Vivek Chaturvedi, Chief Marketing Officer, Digit Insurance, said, “Insurance in India is highly underpenetrated. Therefore, our marketing objective was to increase the awareness for insurance and recall for Digit Insurance. And who better than the very passionate youth icon, Virat Kohli, for the same, who is loved by every age group of Indians. Plus, at Digit, we believe that insurance can be simple and fun. Therefore, we wanted to keep that fun element in our campaign, too. From a brand perspective, we wanted to highlight that Digit has earned the trust of 1.5 crore Indians for their car, bike, health and travel insurance, and that reflects in our almost 5-star customer rating on Google and Facebook.”

On the campaign conceptualization, Edward Anthony, Founding Partner, Stirred Creative, said, “Our brief was straightforward. We had Virat, a 5-Star rated player and Digit, an almost 5-Star rated insurance. All we needed to do was to marry these two in a fun way. And with IPL around the corner, #SwitchToDigit was conceptualised with a twist that would leave people with a smile at the end.”

About Digit:
Go Digit General Insurance Limited is a new-age general insurance company started by Kamesh Goyal and backed by the Fairfax Group, one of the largest financial services groups in the world. The company has raised three rounds of funding amounting to $140 million from Canadian billionaire Prem Watsa’s Fairfax Financial Holdings and $84 million from three growth equity investors— A91 Partners, Faering Capital and TVS Capital. The combined investment has brought its total funding to $245 million. The company has been recently valued at $1.9 billion and has been named 2021’s first unicorn.

Headquartered in Bengaluru, Go Digit General Insurance Limited has partnered with some leading companies like Cleartrip, Sterling Holidays, SOTC and Policy Bazaar. It has recently won the SKOCH Gold Award for launching India’s First COVID Insurance Cover and has been certified as a Great Place to Work consecutively for 2020 and 2021. It has been named as ‘General Insurance Company of the Year’ at Asia Insurance Review Awards, Singapore, for both 2019 and 2020 and also ‘Insurance Start-up of the Year – India’ at the Insurance Asia Awards 2020. It has also featured in CB Insights’ top 250 fastest growing fintech companies global list in 2020. During the ongoing pandemic, it has been able to service several commercial and industrial establishments and secure its employees and customers through relevant health insurance solutions.
It has Indian men’s cricket team captain Virat Kohli as its brand ambassador.

Dailyhunt
Disclaimer: This story is auto-aggregated by a computer program and has not been created or edited by Dailyhunt. Publisher: Bollywoodflash