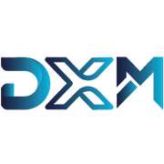 “Bet on India, I guarantee you won’t lose”, this was my answer to a friend when he asked me which sector should one bet on, in the upcoming years!

As an investor, this is the level of trust and faith I have, in the Indian economy and the government.

Undoubtedly, this has been the dream budget for everyone. Investors too have received the budget with great appreciation with the market up 9% in just four trading sessions. This is in fact, the first time in a decade when the benchmark index Nifty has rallied 5% on the budget day.

The government seems to have taken a bold approach this time because with this approach, Govt. is not scared of a high fiscal deficit target of 6.8% of the GDP for the FY 21-22 (being the highest budgeted estimate in the last decade), rather its complete focus this time around is on high expenditure to aid economic revival. The point to note here is that the target of 6.8% is after a 9.5% deficit in the pandemic year 20-21. Thus, the decision here seems to be rather bold and must have required great conviction.

In spite of the huge income shortfall/ fiscal deficit, the government has not hiked any taxes for the FY 21-22 thus relieving the tax-payers of some of their tax burdens and paving a smoother road to economic recovery.

The revised government collection of the taxes is only 19 lakh crore for the FY 20-21 which is much less when compared to the budgeted figure of INR 24.32 lakh crore. This can be attributed to the disastrous nature of the year 2020.

The pandemic-induced lockdown hampered the production and the demand thus creating a shortfall in the estimates. The government has set up a target of INR 22 lakh crore for the FY 21-22, betting on a sharp economic revival & better compliance by the taxpayers.

The government has budgeted expenditure of INR 34.8 lakh crore for the FY 21-22 which is quite high with respect to the expected government income, the difference is expected to be funded by borrowing & monetization of the government assets including PSU’s, unproductive govt. lands etc.

Moreover, the government has set an optimistic disinvestment target of INR 1.75 lakh crore which it plans to achieve by the privatization of 2 public sector banks & a general insurance company (names are not disclosed yet) apart from the sale of stake in IDBI Bank & listing LIC on the exchanges.

Overall, the high capital expenditure, growth measures & reforms are the key aspects of this budget to bring back the economy on track which had been struggling even before the pandemic struck.

Sector-wise impact of the budget

Surprisingly, the government has decreased the budget allocation for the education sector by 6.1% when compared to the targeted budget for FY 20-21. In this pandemic time when the students are already struggling to get an education due to the lack of network coverage in small cities/villages, this budget cut is not appreciated.

Jobaaj Learnings is the EduTech arm of Jobaaj.com which trains professionals by focusing only on practical exposure and thus making them industry-ready.

Jobaaj Learnings has taken a pledge to support students struggling for education during this tough time by giving its certification courses free of cost to the needy and talented students.

The government has planned to set up an ARC, taking over the bad loans/NPAs of the banks which might alleviate the financial setbacks off their backs so that they can focus on their core business of lending and thus contribute to economic growth.

Here, Setting up a ‘bad bank' is a very positive step, considering the financial state of the PSBs (Public sector banks) which have been bleeding NPAs for the last several years.

Further, this will also enhance PSBs’ valuations which will help the government in achieving their disinvestment target for FY 21-22.

The government has also set aside INR 20,000 crore towards bank recapitalization which was much needed for meeting current capital requirements.

This series of announcements has been greatly received by the banks, especially for the PSB’s like SBI, Bank of Baroda, etc. which have rallied significantly after the budget.

The government hiked the FDI limit in the insurance sector from 49% to 74% (earlier it was enhanced from 24% to 49% in 2012), which is a very bold and positive step and shall greatly boost the sector by raising additional foreign funds.

But at the same time, the government rolled back the tax exemption on maturity proceeds available to ULIPs under section 10(10D) of the Income-tax Act, 1961, that is, if the annual premium payable for any year during the term of the policy exceeds Rs 250,000 in relation to ULIPs bought on or after 1 February 2021.

Now, this might be a rather disheartening announcement for the life insurance companies.

Overall, it can be said that the budget impact on this sector was broadly neutral.

The government has planned to roll out the vehicle scrappage policy for commercial & private vehicles.

Initially, this is expected to be more of a voluntary policy rather than being mandatory & the government plans to implement it by providing various financial incentives for scrapping old vehicles & imposing penalties on non-compliances related to maintaining old vehicles.

It comes as a positive news for the automobile & ancillary industries which were suffering for quite a long time now.

Furthermore, the government has set aside INR 18,000 crores for

Strengthening the Highway Infrastructure in various states will eventually increase the demand for commercial vehicles in the country.

Beneficiary companies are Ashok Leyland, Tata Motors & M&M who majorly deal in the commercial vehicle segment & Maruti Suzuki which is in the private vehicle domain. The weightage of this news can be anticipated from the recent rally in all these stocks.

The infra sector has perhaps been one of the most fortunate of them all, receiving a majority of benefits from this budget, the first one being the increase of 35% in the capital expenditure at 5.54 lakh crore for the FY 21-22.

The second one is the setting up of a National Bank for financing development (NaBFID) to help in the process of infrastructure finance in the country and to implement several other measures to boost construction activities all over the country.

This government investment in Infra shall provide support to several ancillary industries and shall create numerous job opportunities apart from benefiting the primary construction sector, thus creating a demand & a multiplier effect in the economy.

This is a big plus for the construction companies like Larsen & Turbo, PNC infra & cement companies like ACC, Ambuja, Ultratech cements, etc. Fireworks can also be anticipated from the S&P BSE India Infrastructure Index which has rallied strongly after the budget.

Overall, the budget is better than what was expected by the investors and it seems to have successfully addressed all the key aspects.

But we shall still have to wait for the budget’s successful execution and hope that the government will ‘walk the talk’ with this budget and shall stand up to its promise of making India a 5 trillion dollar economy in the upcoming time.

This analysis is done by CA Saksham Agarwal, MD of Jobaaj and Jobaaj learnings, and this analysis should only be construed as a self opinion and not an attack on anyone else’s opinions.

To get more such information on finance and other related topic, follow CA Saksham Agarwal on the following platforms:

Official Linked In Page Of Jobaaj

Dailyhunt
Disclaimer: This story is auto-aggregated by a computer program and has not been created or edited by Dailyhunt. Publisher: DevelopXmedia