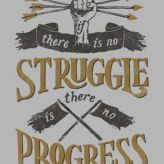 Posts Unlock 4.0: Schools, colleges in UP to not reopen tomorrow amid surge in COVID-19 cases

Lucknow: The Uttar Pradesh government on Sunday announced that school and colleges in the state will not resume on Monday (September 21, 2020). The decision has been taken by the officials of the Department of Secondary Education.

The officials said that in view of the increasing number of novel coronavirus infections in the state, it is not possible to open schools.

Earlier, the Yogi Adityanath-led government had announced that schools from classes 9 to 12 will be reopened from September 21.

But the state government has decided that school, colleges should not be opened right now.

It is to be noted that schools and colleges across India have been shut since March 25 after the announcement of nationwide lockdown by Prime Minister Narendra Modi to curb the spread of coronavirus COVID-19 in the country.

Earlier, in a step to combat the spread of coronavirus, the Karnataka government on prohibited Class 9 to 12 students from visiting schools and pre-university colleges to meet teachers, reported ANI.

While Tamil Nadu Education Minister K A Sengottaiyan too ruled out the idea of holding shift-based classes and phased-reopening of educational institutions and said that the government will wait for few more weeks before allowing the schools to reopen.

Though several states are gearing up to reopen schools for students of Class IX-XII from September 21 after Union Home Ministry's permission.

Dailyhunt
Disclaimer: This story is auto-aggregated by a computer program and has not been created or edited by Dailyhunt. Publisher: hari narayana yalla