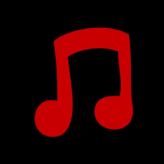 Posts World Social Media Day: Everything you need to know

We are living in the 21st century and are aware of the word social media. It is a technology that helps people to share information, ideas, and thoughts. It has erased the communication gap between people who are living a thousand km away from each other.

Social media helps you to connect with your family, friends, relatives, and close ones who you can't be with all the time. Today, people around the world are celebrating World Social Media Day in order to thank the technology which has made life and communication easier.

Talking about history, in 1940 Supercomputers were established which helped people to connect with each other. Later in 1997, the first social network was born in which people made their profiles and upload photos to connect with others.

Later, in 2004 Mark Zuckerberg created Facebook which is still used by millions of people to communicate with each other. Afterward, Youtube, Whatsapp, Instagram, and other social media apps were launched which are still trending among youngsters.

Dailyhunt
Disclaimer: This story is auto-aggregated by a computer program and has not been created or edited by Dailyhunt. Publisher: Hindi Track Lyrics