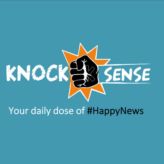 Holding the Centre's decision to cancel the Class 12 CBSE examinations in view, the Rajasthan government on June 2, consequently cancelled the state board examinations for students of Class 10 and 12. This cancellation was issued in a bid to protect the state's schoolgoers from the deadly contagion badgering the nation. Additionally, to bolster the morale of the pupils and reduce their overall academic strain, mass promotion without exams for Classes 1 to 6, as well as for Classes 8, 9 and 11, has been set forth.

Although many educators and students have heaved a sigh of relief, others are sceptical about whether this 'short-term' initiative can bridge the uncertainties plaguing the education system, since the dawn of the pandemic. There are floating concerns regarding how the academic performance of students will be graded and what if percentage discrepancies end up impacting the future prospects of millions.

Moreover, the present trend of e-learning and online exams has raised several stumbling blocks in the lives of the rural student population of the state and reportedly, many such learners have dropped out because of digital incapacity. Even the notion of reaching the 12th grade is an impossibility for the majority of these school children, due to their environmental and economic conditions. In multiple rural regions, children do not have access to technology and in many cases, even proper nutrition at home. These factors too, lead to crevices in learning and development.

These multifaceted predicaments appertaining to digital learning has thereon paved paths for mental health challenges as well, among the school students. In light of the aforesaid trials and tribulations of students during this pandemic, not only Rajasthan but Haryana, Gujarat, Madhya Pradesh and Uttarakhand too, among other states, have scraped their respective board exams.

Need to reach out to the youth, to hear their concerns & address them

The closure of schools has adversely affected the mental health of students all around as it has limited their social interactions to digital screens and augmented the dependence on technology for learning and recreation activities. The daily routines of these children have been cleaved and the current home confinement sitch is likely to impact their mental health.

Speaking on this, Mental Health expert Akhilesh Jain (HOD Psychiatry, ESI Model Hospital, Jaipur) stated that ever since March 24, 2020, online classes have replaced classroom teaching. This unprecedented move along with its impact on children and adolescents, is yet to be understood fully. According to WHO, 50% of all mental health conditions can surface as early as 14 years of age and these issues often go untreated and undetected, he added. Jain also mentioned that this figure is even more troubling when you consider that, at over 253 million, India has the largest adolescent population in the world.

Divya Santhanam, Senior State Programme Manager at Population Foundation of India, further highlighted that there is a need to reach out to the young people, to hear their concerns and address them accordingly. "We need to gather feedback from students about the questions that are plaguing them about their current situations and future. In this way, we can address the urgent need to implement transparent policies and open up communication with students", she was quoted saying.

Given the underway scenario of the pandemic, experts are required to curate strategies and prepare an academic roadmap, so that students are assured about their future. A plan about how the students are going to cope up with the pandemic in the coming times, is required to be drafted immediately. It is believed that the youth are tomorrow's leaders who will shape the narrative of society and hence, they must urgently be given the tools which would facilitate their way forward.