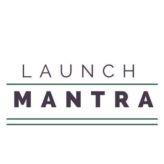 Araldite, a 70 years old leading Swiss adhesive brand believes in repairing not replacing because it knows everyone owns irreplaceable things. The company’s #BondsThatLastForever campaign has attracted over one million views and is still going strong.Indians have connected with the company’s philosophy that in every Indian home, there are items that are worth far more than their price. Should such things break, repurchasing a similar piece cannot compensate for the loss.

The company’s campaign is rekindling the relationship the firm has enjoyed with India. Araldite had been India’s favourite brand for decades. Its nationwide digital campaign is once again bringing this once beloved brand to the attention of Indians. Locked at home during quarantine with little to do, people are re-examining their lives. They are reliving their relationships with epic shows they grew up watching and with brands like Araldite that were inside every Indian home.

Araldite believes that the lockdown has taught society not to take relationships or material things for granted. Both can suddenly break. Yet connections can grow stronger when material things exchanged between people are looked after. In this challenging time, people cannot step out of their homes to replace broken items; however, should the need arise; they can quickly repair them with an adhesive. They have established and extended this thought through some simple yet effective DIY solutions to upcycle, repair and make essential home décor and furniture around the home on https://www.araldite.in/diy/.

The adhesive of choice for an earlier generation, Araldite is making its presence felt among all Indians. Over one million people have been reached with the brand's message in less than three months. They have expressed their connection to the brand by showering its message with likes. Younger Indians especially received the company’s digital marketing campaign well.

The company’s digital-only launch was conceptualised, written, and directed by a leading advertising agency.

Speaking about the success of the campaign, Araldite’s Shenoy Muralidhara, Commercial & Country Director Huntsman Advanced Materials said "Our digital campaign struck a chord with Indian audiences. We owe the success of the campaign to our ability to understand the Indian worldview. In a country where bonds run deep, we’ve connected with the audience by demonstrating that it’s better to repair than replace.In India, ties to family and society mean everything to most people. We’ve brought home the message that the strongest bonds are strengthened when the simplest things are exchanged. Such precious gifts can never be replaced. When they break, they ought to be repaired. Our product makes bonds that last forever; we believe that our audience has understood this well”

Dailyhunt
Disclaimer: This story is auto-aggregated by a computer program and has not been created or edited by Dailyhunt. Publisher: Launch Mantra