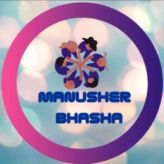 Posts BIG UPDATE -LIC sold its entire stake in 8 companies, reduced stake in these 5 companies including HDFC Bank, bought them

LIC sold its entire stake in 8 companies, reduced stake in these 5 companies including HDFC Bank, bought them.

During the March quarter, the stock market showed tremendous momentum and the Nifty reached its all-time high with the Sensex. Nifty jumped over 5% during this period. In view of this uptrend, LIC fiercely booked profit bookings and reduced its stake in the total companies listed on the stock market to 3.66%, its lowest level ever.

According to data collected by Prime Database, LIC had 3.7% stake in Listet companies in the stock market as of December quarter, compared to 3.88% in Q4 last year and 5% in June 2012. LIC's shareholding includes only those companies in which it holds more than 1%.

Talking only of free-float shares i.e. non-promoter holding, LIC's ownership has increased to 7.39% in the March quarter as compared to 7.33% in the year-ago quarter. The number of shares has also increased in terms of respectability and it has increased to 0.85% of the total share of the NSE, which was 0.84% ​​in the December quarter.

Sold the entire stake in these companies

At the same time, Jyoti Structures has sold 1.94%, Morepan Laboratories 1.69%, RPSG Ventures 1.66%, Insecticides India 1.50% and Dalmia Bharti Sugar 1.50% shares in these companies, LIC no longer holds any stake in these companies.

Highest reduction in these companies

Dailyhunt
Disclaimer: This story is auto-aggregated by a computer program and has not been created or edited by Dailyhunt. Publisher: MANUSHER BHASHA