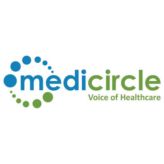 Posts The disaster that was Spanish Flu

Dealing with the Covid-19 pandemic has made many wonder about the pandemics and epidemics that occurred previously. One of the most notorious viral infections that had gripped the world a century ago was the Spanish Flu. Originated in 1918, in Kansas, USA, the first case happened to military personnel. Despite its occurrence in the USA, the name suggests Spanish Flu. Because at that time the First World War was being raged in the world. At that time Spain remained neutral and its press was under no censorship. This made them widely report on the flu making everyone else think that only Spain was undergoing this viral infection.

The Spanish Flu was a respiratory infection that spread from the USA to many European countries and even, Asia, Africa, Russia and New Zealand. It had affected approximately 500 million people and killed more than 50 million people. The fatality rate during that time was 2.7%. For comparison, the current pandemic has a fatality rate of 0.05%. In India a recorded 1 crore people had lost their life. This was at a time when medical developments were insignificant and no antibiotic or vaccine was ever made. Even penicillin wasn't discovered till 1928.

Despite its horrors, the Spanish Flu never actually left us. There was no vaccine that was developed to battle it out. Instead, people developed immunity against it. But over time, the Spanish Flu has resurfaced as common flu. In other dangerous cases, it has merged with other viruses and created potent danger. The Spanish flu strain H1N1 got combined with other flu, like bird flu and swine flu. In 1957, we witnessed Asian flu (H2N2). Later in 1968, Hong Kong flu came (H3N3) and in 2009 Swine flu (H1N1) broke out.

The Spanish flu has been a notorious and disastrous experience in our history. Yet today many scientists and researchers have gained knowledge on battling viruses by studying it. Sometimes bad experiences leave the strongest learnings.

Dailyhunt
Disclaimer: This story is auto-aggregated by a computer program and has not been created or edited by Dailyhunt. Publisher: Medicircle