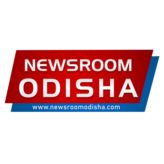 Los Angeles: Actor Billy Eichner says he could not have been prouder about the historic nature of the all openly LGBTQ+ cast of his upcoming film ‘Bros’, the first gay romantic comedy from a major studio.

“I could not be more proud or excited about the historic nature of the all openly LGBTQ+ cast of Bros. After queer actors have spent decades watching straight actors capitalize both artistically and professionally by playing LGBTQ+ characters, it is a long overdue dream come true to be able to assemble this remarkable, hilarious cast,” Eichner said.

He added: “And while ‘Bros’ may be the first of its kind in several ways, my real hope is that it is only the first of many opportunities for openly LGBTQ+ ensembles to shine and show the world all we are capable of as actors, beyond just being the wacky sidekick, token queer or a straight movie star’s ‘gay best friend.’

“And beyond all of that, this cast is fucking hysterical and you’re going to love them.”

Eichner is already the first openly gay man to co-write and star in his own major studio film, and now the Universal Pictures feature has made history by setting a historic all-LGBTQ principal cast, reports hollywoodreporter.com.

All of the principal heterosexual roles will be played by openly LGBTQ actors and actresses.

Dailyhunt
Disclaimer: This story is auto-aggregated by a computer program and has not been created or edited by Dailyhunt. Publisher: Newsroom Odisha