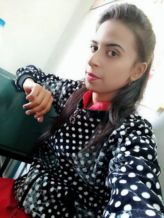 World Social Media Day was launched by Mashable on June 30, 2010. It was born as a way to recognize social media’s impact on global communication, and to bring the world together to celebrate it. Everyone uses social media everyday; it’s how we connect with people all over the world in a simple and fast way. Mashable is known to use social media to connect various cultures, movements, and fandoms, which is why they wanted a day to celebrate it. People use the hashtag, #SMDay every year, and this year is your time to get involved!

The first major platforms from social media’s start to popularity were Friendster in 2002 and MySpace in 2003. Soon after, Facebook launched in 2004, which eventually became one of the largest social media platforms in existence that now has over one billion people using it. Now, common platforms have become Twitter, Instagram, YouTube, Whatsapp, TikTok, and many others, showing how these platforms have evolved from written messages, to pictures, and eventually videos that can be shared instantly and seen by millions.

Post something on your favorite social media platform. Find a social media meetup in your area. Share your favorite meme or connect with someone you’ve not spoken to in ages. Use #SocialMediaDay when posting to remind others of this day.

Dailyhunt
Disclaimer: This story is auto-aggregated by a computer program and has not been created or edited by Dailyhunt. Publisher: Shivangi Namdev