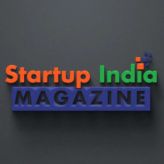 Posts Say Namaste’ - Do you believe in Love?

‘Say Namaste’ is a global song project created by India based Relationship Coach Shradha WTB. in collaboration with Strymphony Music Entertainment Pvt. Ltd. The project has received encouraging response and support from world leaders including The Dalai Lama and the former Global Head of Innovation & Creativity at Disney, Duncan Wardle.

.
‘Say Namaste’ .( .‘Namaste’ is a greeting of respect and reverence. It conveys that we are the same and we are one) Say ‘Namaste’ is a non-religious, non-political way of spreading the gift of love around the planet. And what is the common element between music and relationships? Undoubtedly it’s love! 2020 has shown us the importance of our relationships and what are they without love? Let us not underestimate the ripple effect of a stone cast into a lake and the way that positivity can have that same effect.

Somethings brewing – and it’s not tea! But it does come from India and India is now working on a project that will truly embrace humanity, equality and solidarity throughout the world.

Shradha WTB had been stuck since June 2020 with resolving a business dilemma. Gwenno saw that there was a mismatch and lack of clarity with the message and asked Shradha the leading question, ‘Do you believe in love?’ which led to Shradha having an ‘Aha moment’ which was the starting point for this wonderful initiative, a ‘Conscious Global Revival Initiative’ of love.

Welsh cakes and Indian tea – what a wonderful combination! Duncan Wardle also has a Welsh connection having lived in Wales for four years  and has been mentoring Shradha for the last year on her creativity. Watch how it’s blossoming now for the world to see In the few short weeks since the ‘Say Namaste’ project has been launched more than 35 countries have sent in their videos. The very first

one was from Tibet and ‘Say Namaste’ has also been very blessed with His Holiness Dalai Lama’s personal monastery, The Namgyal Monastery contributing with their video for ‘Say Namaste’. Thanks to Thuten Kesang for bestowing this honour on the project.

We have received videos from Canada, Bhutan, Ukraine, Wales, Turkey, Japan, Brazil – in fact the four corners of the world including a wonderful video from some of the children from the ‘Season of the Time Media Productions – STMPs’ in the Kakuma Refugee Camp in Kenya. “The often forgotten children of Kakuma Refugee Camp and I am truly honoured to be part of this wonderful project’’, said Fidele Wabenga, Project Director and thanks to him for organising all the children so quickly.

And this is what Ontario based Racheal Elizabeth Bell, says.

“2020 has truly shaken the world and in times of difficulty we must always “look for the helpers”. If you don’t see one you become one! Being asked to represent Canada in the ‘Say Namaste’ Conscious Global Initiative is my greatest honour. It is an opportunity to be a helper, to show love on a global scale and to show my gratitude for living in a home where I can have peace in times of struggle. This opportunity lit a spark in me that had faded and I am forever filled with love because of it.”

There are 193 members of the United Nations (U.N.) plus two non-member countries with permanent observer states, the Holy City (The Vatican) and the State of Palestine. So, according to the U.N. there is a grand total of 195 sovereign states in the world today. NASA has shown interest – can we get a Namaste from outer space? Wouldn’t that be cool! Say Namaste's songwriter Dr. V. K. Sarin penned down apt words

for the song which aligns well with the unanimous message for which the world is cunning together and that is to of spread love, peace and mutual respect.

Going full circle, here are some of the inspirational quotes world leaders such as the Dalai Lama, Mahatma Gandhi (another great Indian) and Walt Disney have said.

And bearing in mind all of these fabulous inspirational quotes Gwenno’s personal challenge to all the world is that all 195 countries come together in unity and record their videos making the prayer symbol and saying Namaste by the first of January 2021, marking it as the ‘Say Namaste Day’. Get a beautiful background showing our precious world in all its glory and say where that place is where you ‘Say Namaste’. Ask your famous friends to do a short clip! Let’s make the world as one and 2021 the year of ‘Namaste’.

All videos that come in by midnight on the 20th December will be included in the next stage of this phenomenal project – some of which will be revealed on the 27th December, building up to the big launch by Duncan Wardle at midnight (New Delhi time) on the 31st January 2020 when ALL will be revealed! Until then – be part of this incredibly exciting unifying project and get your videos in. Further information on how to film your video and what to put into it at ‘Love Revolution’               https://say-namaste.com/index.php/loverevolution

Dailyhunt
Disclaimer: This story is auto-aggregated by a computer program and has not been created or edited by Dailyhunt. Publisher: Startup India Magazine