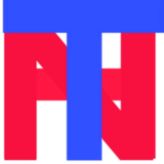 Rhea wrote on twitter, "Respected @AmitShah sir, I’m Sushant Singh Rajputs girlfriend Rhea Chakraborty, it is now over a month since his sudden demise. I have complete faith in the government, however, in the interest of justice, I request you with folded hands to initiate a CBI inquiry."

After this, in another tweet, she wrote, "I request you with folded hands to initiate a CBI inquiry into this matter. I only want to understand what pressures, prompted Sushant to take this step. Yours sincerely #satyamevajayate @AmitShah, sir."

Riya Chakraborty shared the same message of the CBI investigation on her Instagram page with a picture of Sushant Singh Rajput. The day Sushant committed suicide, he was heartbroken. She was with Sushant for a long time and the two were often seen spending time with each other. According to some sources, the two were to marry each other by the end of this year.

Not only Riya but many others are demanding a CBI probe in Sushant Singh Rajput case. Millions of people in India have asked Amit Shah and the Modi government to conduct a CBI probe into Sushant's case and find out the reason for his suicide.

Dailyhunt
Disclaimer: This story is auto-aggregated by a computer program and has not been created or edited by Dailyhunt. Publisher: Today News Headlines