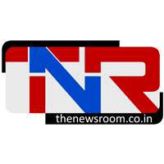 During his one-day tour to Jajpur on Sunday, the Chief Secretary held elaborate discussions with district Collector Chakravarti Singh Rathore and other officials to take stock of progress of various ongoing development programmes in the district.

Mahapatra visited the Maa Biraja Temple and informed that Rs 6.50 crore has been sanctioned for the transformation of the famous shrine.

He urged the officials to start the development works at the temple immediately.

The Chief Secretary visited the Kusuma pond and suggested various measures to be taken for its development.

Mahapatra also visited the District Headquarters Hospital and inspected the ongoing works. He directed the officials to complete the work within the deadline.

Besides, he also reviewed the projects being undertaken for the development of Jajpur town, Vyasanagar and Kalinga Nagar.

The Chief Secretary also discussed with the district administration about livelihood projects and implementation of smart classrooms in schools for better education to children.

Dailyhunt
Disclaimer: This story is auto-aggregated by a computer program and has not been created or edited by Dailyhunt. Publisher: Thenewsroom.co.in